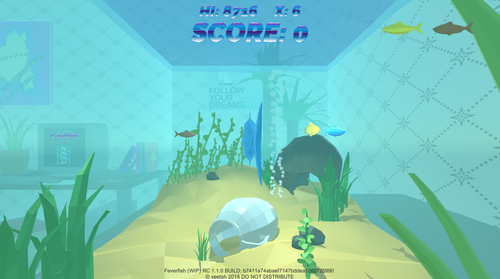 Hey everyone and welcome to the first update to Feverfish! The initial release was three weeks from now and what a time we had! No, really: Thank you all so much for playing the game and giving feedback. It means a lot to me! Although I've already started working on another game (Stay tuned! It'll be great!) I've fixed a lot of bugs and added a few things to Feverish:

The game is now like 19% cooler! Don't worry, your high score will still also be available after updating, so update now!

Thank you so much for playing!

A tale about a fish dying.